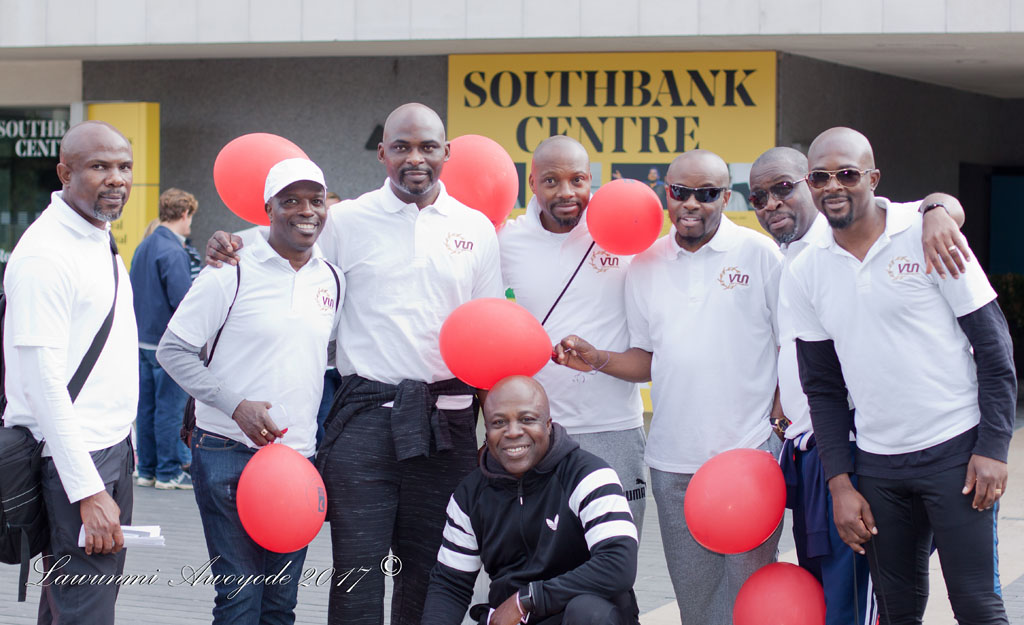 As one of its charity events for 2017 calendar year, the VIN club chose to raise funds for the Sickle Cell Society UK (a charity based in the UK that supports people suffering from the Sickle Cell disease/disorder and their families). It also aim to raise awareness of the disease and its devastating effect on lives, encourage people to donate to the charity, and for people to support efforts to combat and hopefully one day find a cure to eradicate the disease.

Several fund raising options came up, but we eventually decided to opt for a 10K walk in London, from Greenwich Pier to Trafalgar Square on the 23rd of September 2017. A target of £5,000 was set, so a Just Giving page where people can donate directly to the charity was setup for that purpose.

So much anticipation and trepidation for the walk dare I say, (though unfounded as events unfolded on the day). Members, friends and family, who wanted to join the walk, went on exercise regimes, changed their diets and got fit and ready before the big day so as to be able to do their bit for this very worthy cause.

Finally, the day arrived. The start time is 10:00AM, but members, friends and family started arriving for the walk at Greenwich Pier at 09:00AM. This gave us an hour to prepare before the walk. There was nearly a hiccup as we realised that the SCS balloons (with the logo and inscription) that we were meant to display on the walk would not stay upright without helium… But where there is a will, there is a way. So we tied them to our hands, shoulders and backpacks. The VIN club T-Shirt was also on full display as both members and their wives came wearing them. Our resident VIN club photographer was also busy at work taking photographs as we got ourselves ready.

We set off at 10:15AM. The walk took us through some famous south London roads such as Jamaica Road and Druid Street, and through underground stations such as Surrey Quays, Bermondsey and Embankment; the entire journey was streamed live on Facebook.  We handed out leaflets to people as we go, to create awareness of Sickle Cell, and to give out our TextGiving short code for donations. Close to the half-way point, just by Bermondsey station, we stopped for refreshments. There was an atmosphere of camaraderie, and as such we did not even feel the distance as there was much talking, laughing, joking and a sense of achievement. Before we knew it, we were nearing the end of the walk and getting close to Trafalgar Square.  After getting to Trafalgar Square, (by now, it was around lunchtime and we had been walking for 2hrs 37mins) we felt a sense of accomplishment.  The VIN Club president gave a thank you speech and off we went to a restaurant to have a well-deserved lunch!!

All in all, it was a thoroughly enjoyable day for a very worthy cause. At the time of writing, we have raised £4740.11 (94% out of the £5000 target we set out to raise and donations are still coming in!!) A big Thank you and Well Done to all who took part including the VIN club member’s wives and friends who joined us on the walk!!