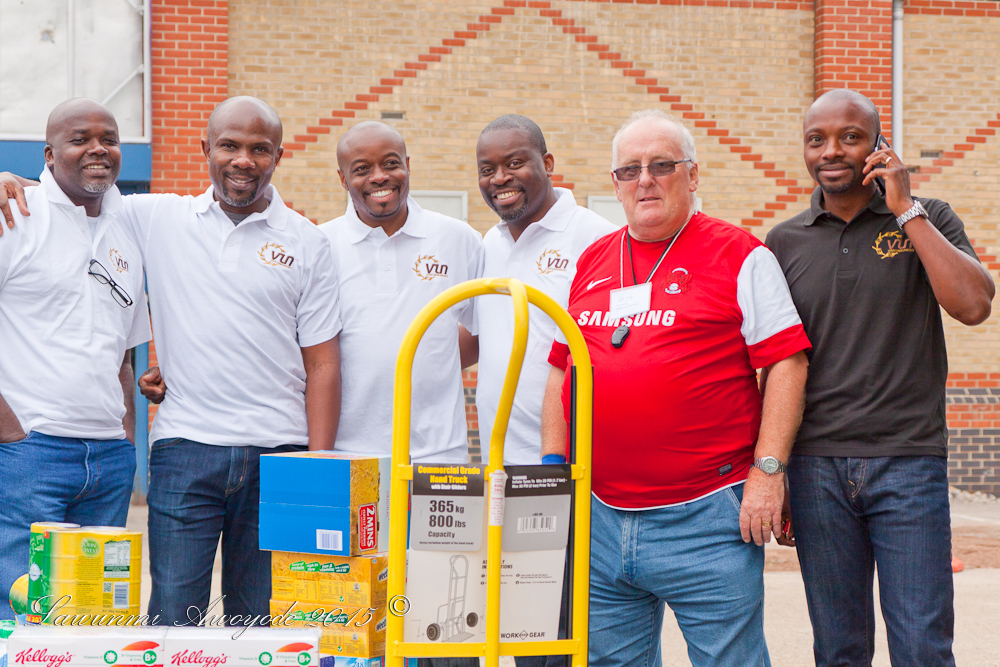 Charity is the act of being benevolent, giving and sharing, and it is in the spirit of giving that VIN members gathered at the Barking Food Bank one early morning in October 2015 for the Club’s inaugural charity event. Although charity is an ethos that underpins the whole existence of our club, one will never know how satisfying and deeply fulfilling an experience it is to give to the less privileged until one has engaged in the act. The coordinator on duty on the day warmly received us and thanked us immensely for the donations. He said one thing that remains firmly rooted in memory. He said “I don’t know if you guys are religious or not but God will reward you immensely for what you have done as your donations will go a long way towards feeding a lot of hungry families” This goes to show that no matter how small you think your donation is, the impact will be felt far beyond what you can ever imagine.
Our very first charity event turned out to be successful beyond our imagination and has formed the foundation for subsequent charity related events.